Eataly, the largest Italian marketplace in the world,
contacted ummhumm | creative studio to promote their Chicago location
with a direct mail campaign. After a few creative sessions throwing
ideas around on how best to achieve the desired result, we landed
on the Tote Bag and accompanying offer card.

Because you can send very unique items through the mail stream,
the ideas that didn’t make the cut were:
– Die cut of a can of pasta sauce
– Pop up mailer that folds flat but expands once tabs are released
– A tube filled with pasta
– A pizza folded into a square
– A box with a lid that opens to reveal pasta

The Tote Bags and offer card were ordered and shipped to our
partners in Virginia. From there, the bags were inserted into a white polybag.
They were then mailed to 20,000 Chicago residents over
a 4 week period.

If you’re in Chicago, NYC or Boston, check out Eataly’s fine
selection of Italy cuisine. You can also follow them on Facebook. 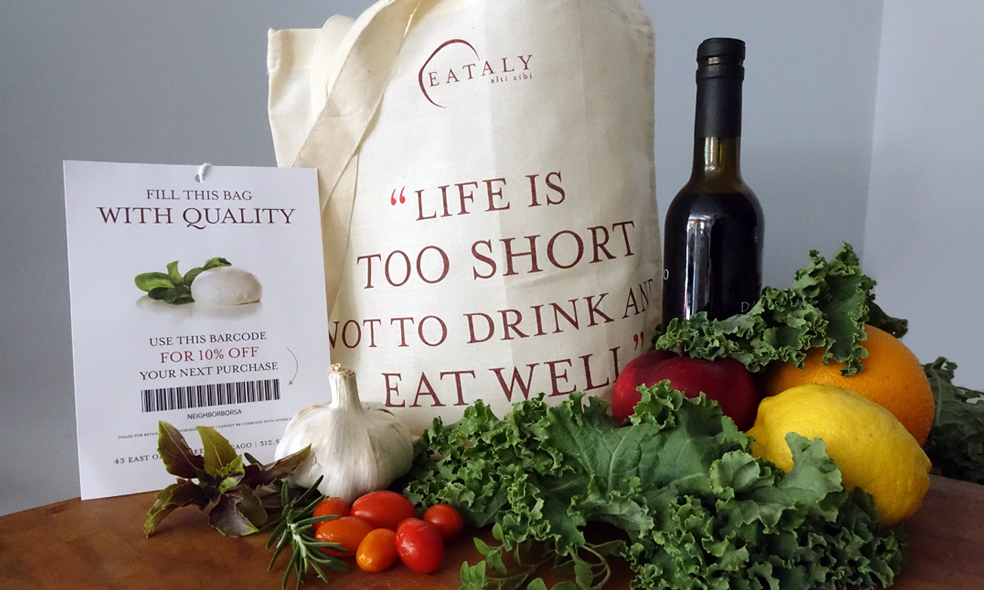 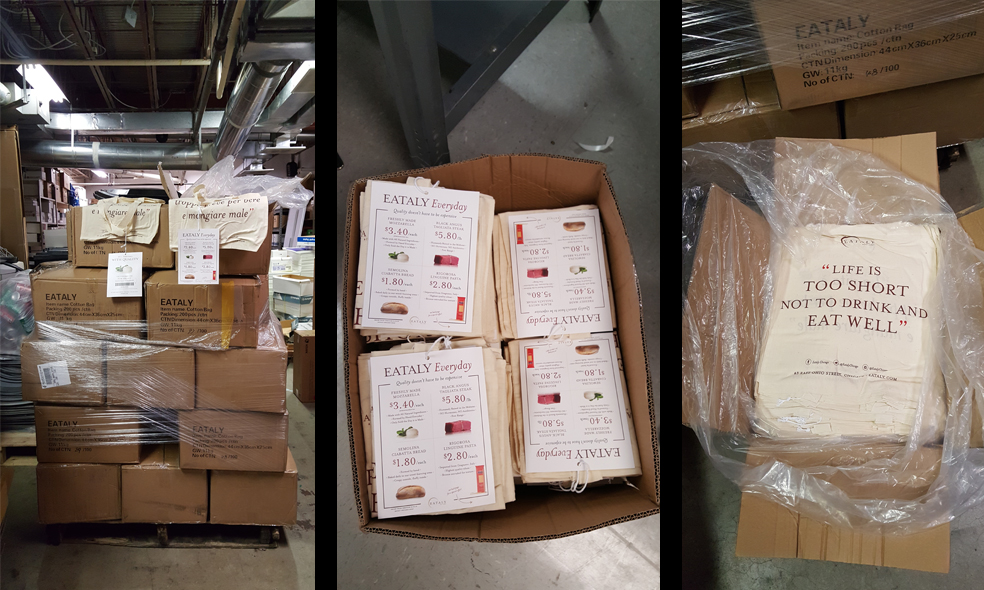 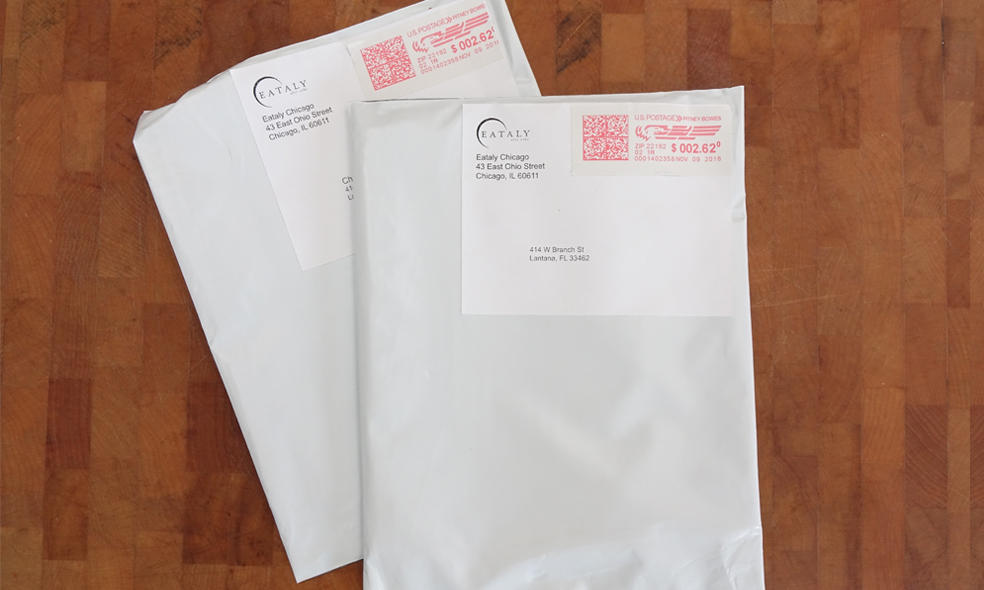 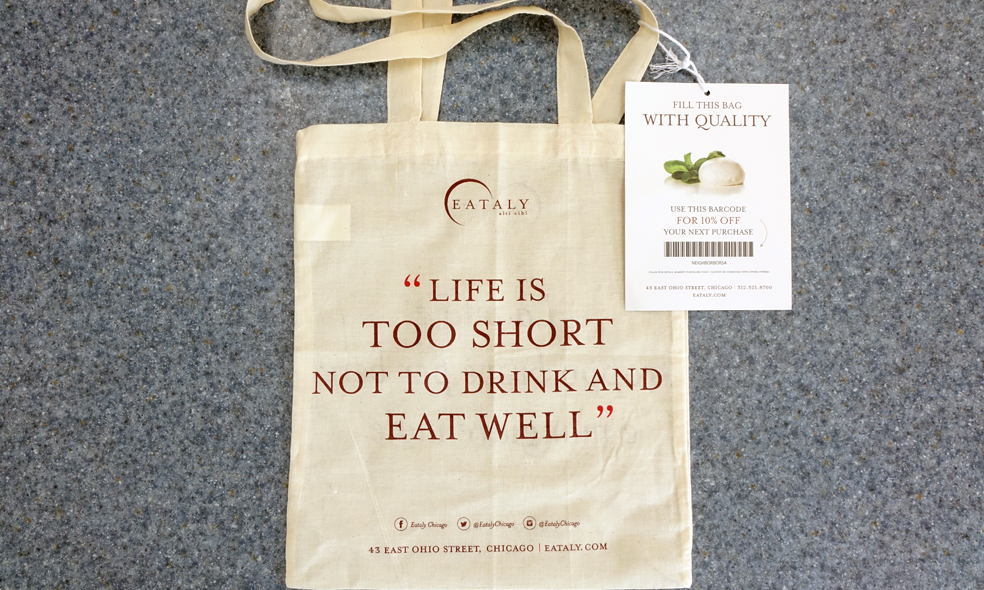 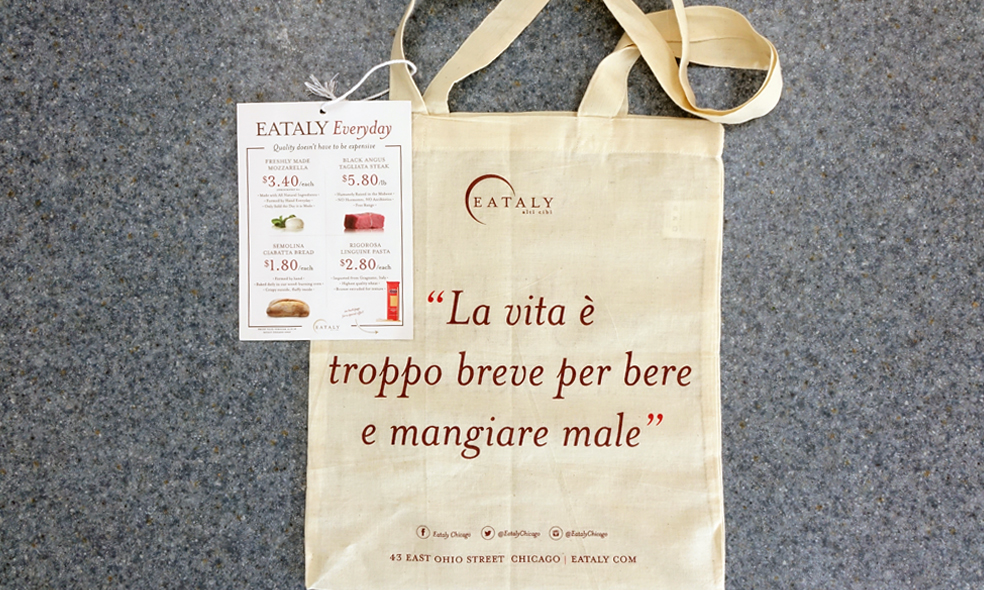 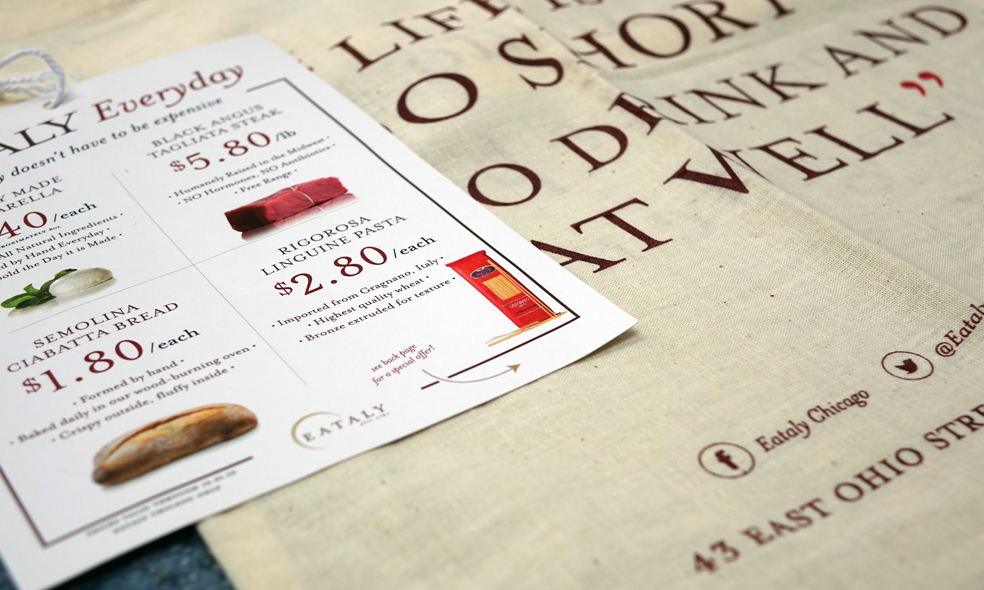 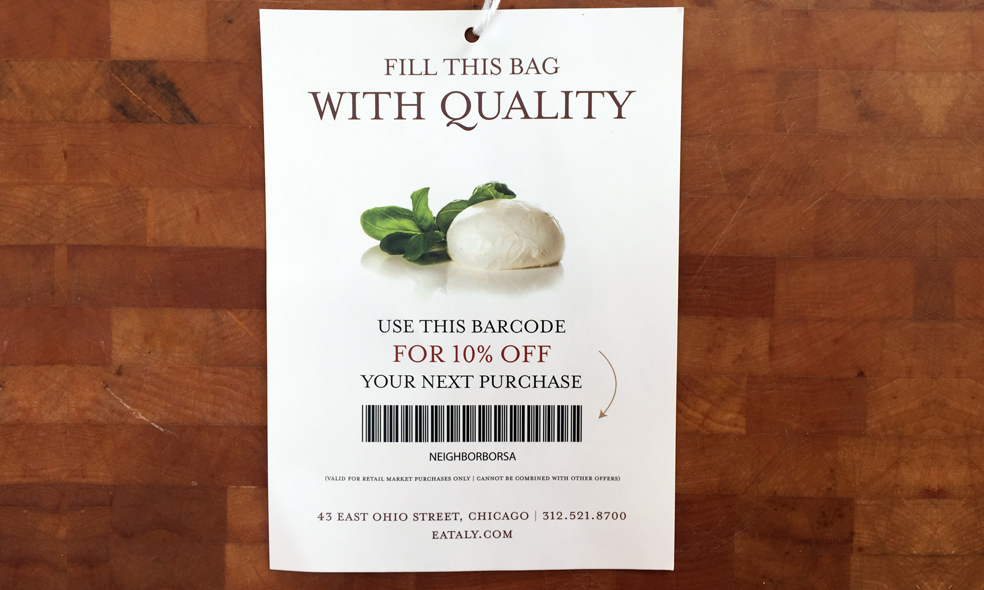 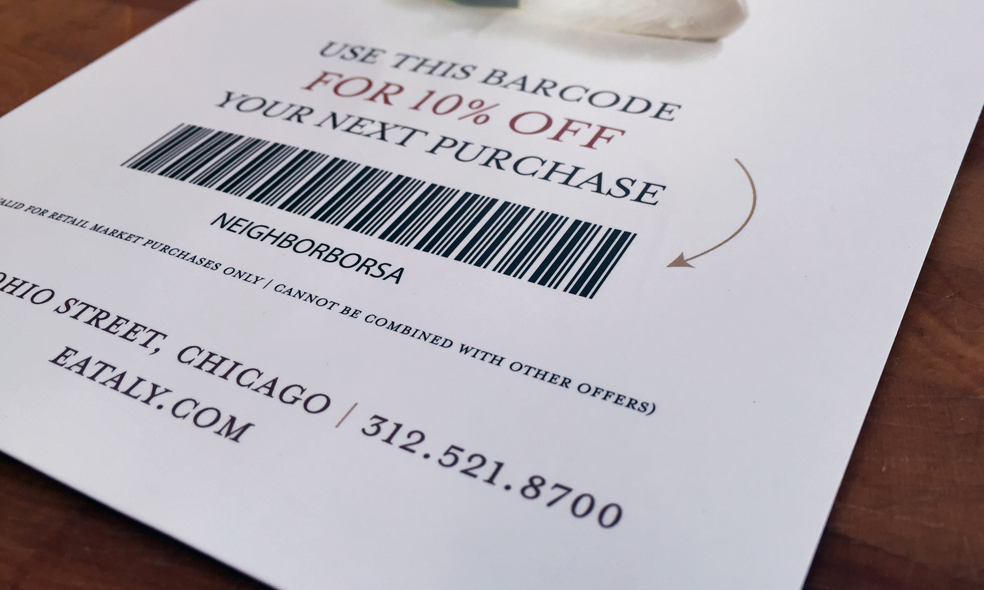 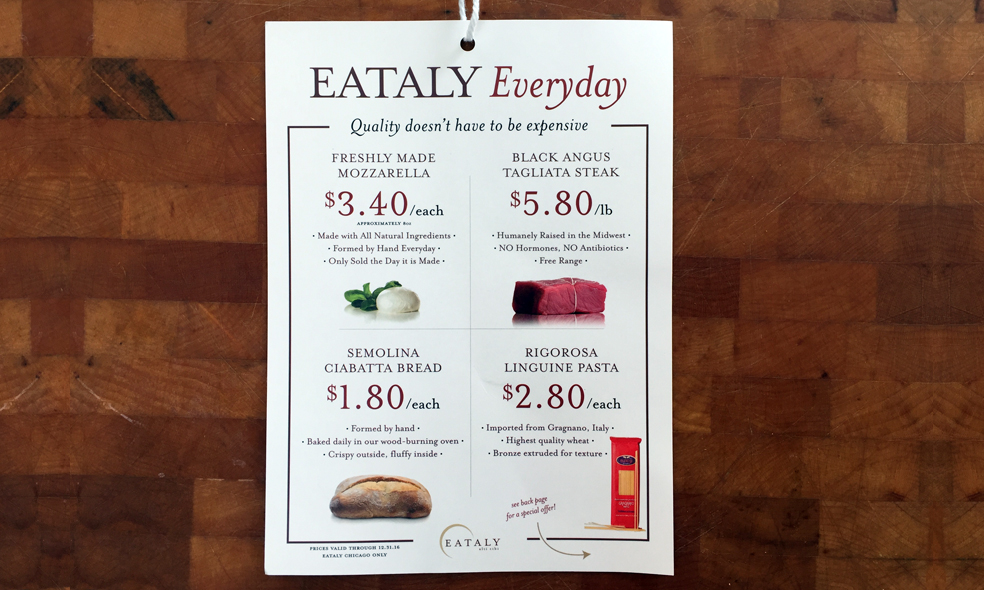