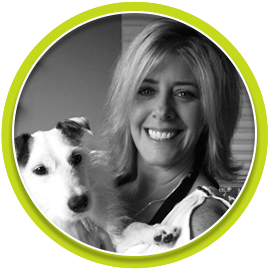 Founder and CEO Erin Lyn McGowan graduated from New England Institute of Technology in 1994 with a B. A. in Interior Design. She focused her attention on the burgeoning technology wave, utilizing her CAD certification to tap into digital media, which included web design and programming.

In 2001, Erin was Creative Director for an online memorial services company, a pioneer in this industry. She was then hired by McKesson/Tenet Healthcare Corporation to manage a 3M project for the next year, gaining insight into database implementation within the healthcare industry.

Erin continued in healthcare, moving to television broadcasting with Healthy Solutions, receiving recognition with a TELLY Award for graphic arts. Production manager, online and broadcast graphic designer and clinical trial marketing campaign manager are a few of Erin’s experiences gained while working within this industry.

Opening the doors to ummhumm | creative studio in 2007 was based on Erin’s desire to focus her attention on creating “aha” moments for her clients.

“One of the things that makes me happiest is to help people. When I can feel the excitement in a client’s voice because they understand how something works on the computer (I teach computer lessons), or see how our work gave them a leading edge against their competitors, I feel so happy.

I have been a nerd for most of my life, by having a “love at first sight” moment with my grammar school’s only Apple Macintosh when I was 8, and shortly later, acquiring a Commodore 64 (thanks Mom!) at the age of 11, which sat right next to my Atari 2600 (thanks again, Mom!). I am thankful that my family never limited my possibilities of becoming who I am today.

I came up with the concept of ummhumm just after I left the corporate world because so many people were asking if I could do “this” or “that”. My reply was always “yes” or “ummhumm” to everything that anyone had asked, so I thought why not do what I love for myself, and work with the people that I can count on?”